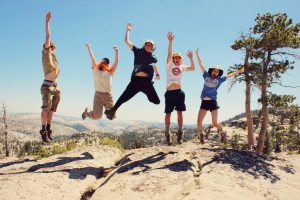 I’m writing today to share about big transitions for me and for iBme. At the end of July, I will be stepping out of a staff and central leadership role at iBme after 10 amazing years.

Even in the midst of the global upheaval we are all experiencing, iBme has never been stronger or in a better position to thrive and grow the impact of our powerful programs than we are today – with the five incredible administrative staff, our network of amazing teachers and mentors, and our incredible community of teens, parents, alumni, board, advisors, and donors. In fact, the staff team and community’s creative and generative response to the recent upheaval is what gives me confidence that this organization and our powerful programs will continue to impact lives for many more decades.

My transition has been in the works for a long time, as I’ve bit by bit handed off my responsibilities and set up systems of collaborative leadership at iBme. With David Macek’s joining the team this winter, I stepped out of the Executive Director role and handed over a major responsibility for the well-being of iBme – fundraising. That left me with the Program Strategy role.

Since George Floyd’s murder, we have had many conversations with Black and POC teachers and staff in the iBme community. One piece of feedback I heard loud and clear was that there are not enough POC voices represented on the staff and on the board in decision making authority.

This reality is particularly impactful for decisions around iBme’s programs. Programming administration at iBme has always been held by white people and mostly white middle class cis-gendered able bodied women of the same age. I could see how we weren’t taking account of multiple views and needs in our community because of our limited life experiences and identities – as much as we cared for and tried to focus on equity and diversity.

I decided to step out of my role in order for us to hire a new Program Strategy, Equity and Community Engagement position and to support the creation of a Teachers Advisory Council (TAC). The TAC will play a guiding teacher role at iBme in a more active and day to day, operational way than our Guiding Teachers Committee. The council structure will be a significant step in addressing the feedback above – allowing for the guiding teacher voice to be more inclusive of our teaching faculty and the wisdom and diversity they bring from communities across the country.

This transition also supports me personally to have more time and space to practice, pause, and breathe for a while. Originally, I thought I would do this work for two years to get the organization set up and stable in order to hire an experienced ED. I’ve been trying to get back to just being a teacher and supportive community member since then. I’m so happy the organization is now in a strong place for me to step back and allow other voices to lead and step up. And we will all get to see the powerful and generative results of these community members’ decisions and work in the months and years ahead.

In light of this transition, I’ve been walking down memory lane, reading emails from 2007 to the present and I hope you’ll indulge me to share some of that history and where we are today.

13 years ago, in 2007, just about this time of year, I drove up to a tennis camp in southwestern Virginia where two of my lifelong mentors, Marv Belzer and Tempel Smith, were hosting the first Virginia Teen Retreat with 13 teens. Maury Cooke, a local businessman, was financing them. He had heard about the retreats from Erin Selover, a young woman who had been staffing teen retreats in California. Maury’s son had died as a teenager. He knew these teen retreats were just the thing to fund in his memory.

I was arriving late for the last days of retreat because I couldn’t get time off work. Marv and Tempel put me right to work cleaning the bathrooms of the cabins as teens packed up… and the rest, as they say, is history.

Over the course of the next three years, a group of us met regularly to discuss forming a nonprofit to hold and grow the teen retreats. We all knew the transformative power of this model, we saw it in the teens, we heard it from their parents, and we saw the transformation in ourselves. But who has time to set up and run a nonprofit on the side?

To speed the way, in March of 2010, a group of the California teen retreat staff and teachers met on a San Francisco beach at 7pm to hold a ritual:

We will be turning our collective attention towards “opening doors” for the future of the teen retreats and specifically calling for the universe (or insert your word here) to help make available time, resources, commitment, and interest. We want to create an avenue where teen retreat staff can create a healthy livelihood doing teen retreats and create a fertile ground for growth for programs beyond that as well.

It worked. By July of 2010, Joe Klein, our Virginia based retreat manager and adolescent therapist had come up with our name Inward Bound Mindfulness Education (iBme), found a lawyer and put together our initial board (Joe, Maury, and me), and incorporated iBme on July 10, 2010. Joe also hustled with his contagious and inspiring energy to raise our first grant funds – enough to hire an Executive Director. All while also driving along the Mid-Atlantic coast, posting teen retreat flyers in every cafe and yoga studio he could find.

The first year of iBme was dramatic. We hired Jesse Torrence, a young, passionate, intelligent guy with “tons of experience fundraising and helping organizations to set themselves up.” Within the first months of Jesse getting started, he was in the hospital in a coma with a mysterious virus attacking his heart. As a board member of this seedling organization, I stepped in to do whatever I could to make sure teen retreats could keep happening while Jesse recovered. It soon became clear that Jesse needed a heart transplant to survive and that would take time. Joe asked me in the Spring of 2011 if I would quit my clean energy career and take over as Executive Director.

Of course not. I had 2 masters, significant student loans, and a well paying job with health insurance. When he asked again that summer, just after a teen retreat, I couldn’t say no. It was too clear to me that these teen retreats were one of the best things happening on the planet… that they just might be what saved the planet.

I told Joe, “Ok. I’ll help get the organization stable, set up and well funded, so that in 2 years or so we can hire a new, experienced Director and I’ll come back to my career.” That was August 2011.

The last nine years have been an unbelievable honor. I reflect often on the fact that I get to work with some of the most incredible humans on the planet – the teens, the mentors, the staff, and the teachers. I get to go to work meetings where I see deep wisdom and compassion embodied and modeled every day.

Since 2011, we have grown from a grassroots nonprofit with 2 retreats a year and school programs in Virginia to an international organization running 20 plus retreats a year across the US and beyond, a year-long teacher training with 70 graduates and counting, and new and growing online programs.

I have also grown in the most fruitful and painful ways. One of my mentors has called running a business the best kind of “Guru” or spiritual teacher – it pushes you at every step, revealing your strengths and the places where you are not yet awake, helping you grow in every way. I imagine it’s much like being a parent. And I am so proud of my “baby.” Also it does take a village…

There are so many, many people whose commitment, generosity, and energy made iBme what it is today, and I’m looking forward to highlighting those folks and sharing even more of the history in a celebration of iBme’s 10 year Anniversary this fall.

Two of the things I’m most proud of accomplishing at iBme are our hiring system (which resulted in such an incredible staff team) and our work in collaborative leadership and equity.

One thing I’ve been reflecting on over the past few years is how having what is traditionally considered a “strong leader” can actually weaken a group. A group can come to believe that the leader will solve the problems for them so they can sit back and continue on whatever other priorities they may have. This kind of leadership doesn’t leave space for all the individuals in the community to step up and in with their own leadership and to grow their skills. It’s a kind of enabling leadership. This certainly feels like the case in US politics. I believe that the human community is moving towards a new paradigm. I see it when I witness the Wall of Moms in Portland at the front of the line of protest. I see it in each organization currently being called to actually look at their own actions and impacts that support injustice.

We are definitely moving into a new stage at iBme of ever greater collaboration and shared power. In some ways, we are spiraling back to our original relationship-based, community-organized model, with so much more wisdom, a much bigger community, and many more resources to call on.

Thank you all for being part of this journey. With a lot of love and excitement. Looking forward to seeing many of you on retreat and in community gatherings in the years to come. 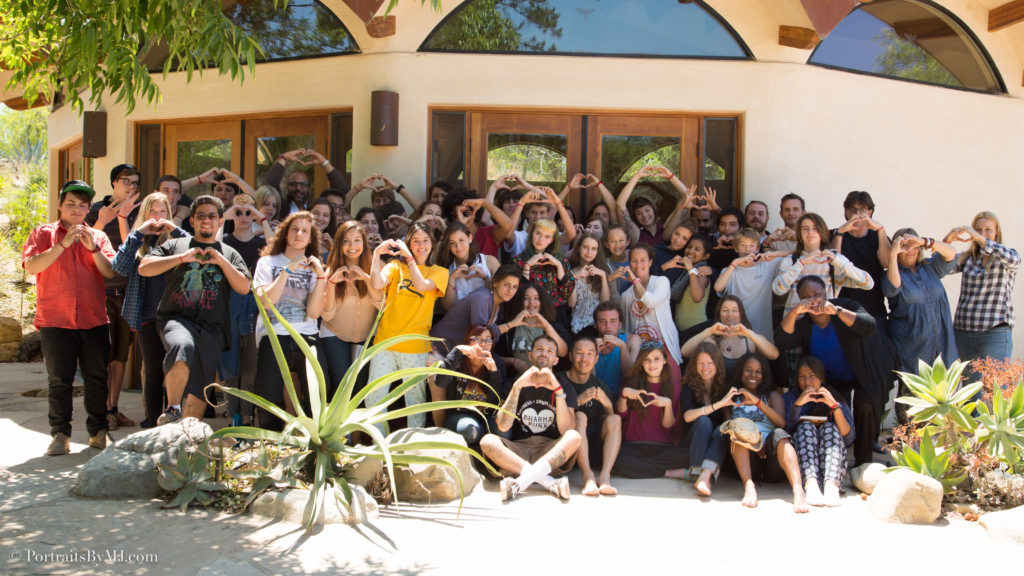