There needs to be time in a 24-hour cycle where the sense of having to be someone can be let go.
—Chris McKenna on meditation practice 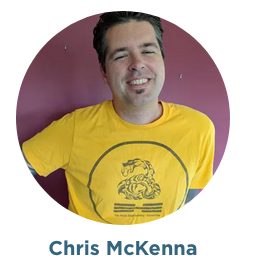 Sometimes you just want to sit down with a wise person and hear their perspective on things, someone who does more than answer your questions — someone who makes you think. From his computer in Massachusetts, that’s exactly what iBme intern Owen Henderson did with Chris McKenna one hot summer day in July.

Chris McKenna serves on the board of iBme and is currently the Mindfulness in Education Program Officer at the Foundation for a Mindful Society. Residing in the Gulf Islands of British Columbia with his family, he has been involved in mindfulness with youth and education and youth mental health as he says, “for a good long time”. Chris believes it is crucial to find a successful medium for teens in particular, but also others, to explore the fundamental side of the individual human experience: consciousness.

Enjoy these gems from their conversation, including thoughts on the source of happiness, relational awareness, and the teen BS meter.

On getting quiet
Part of most meditation traditions is that there is something we can discover that is beyond the personality structure. You have this person that you have taken yourself to be that is socially reinforced; and, there is this basis of existing that is beyond that, not conditioned by that aspect of ourselves. Whatever you want to call it, it’s usually uncovered in the contemplative realm, which means you have to get quiet first.

On relational awareness
Making your awareness thorough requires a commitment to a relational awakening, because most of your problems and wounds have been created in relationship to other people. That means that for those patterns to come to rest, you often have to update “how you are” in your core relationships. It’s probably not going to be enough to have a pure internal meditative experience, although it will be critical.

That’s part of the beauty of iBme retreats. From the beginning, the format is more relational, actually bringing in the fact that there is a community of people to relate to. Don’t get me wrong, I am all about long solo meditation retreats. But if the goal is to end suffering and facilitate full adult development, then the relational piece is critical.

On suffering
It is very advanced to admit that you are suffering. Often, we don’t actually know we are suffering a lot of the time because we’re simply not tracking mind-states closely enough to even realize it. People meditate for 6 months and are like,“Oh my god, I feel worse.” No, you don’t, you are just noticing it for the first time; you are having more sensory clarity. This is your life. Now you are mostly unconscious to it, and before you were totally unconscious to it.

On the teen BS meter
On the simplest level, our experience is made up of two things: space and content. Space is the sense of being aware and content is everything else, like external objects, people, things in the world, and internal phenomena. As an adolescent, you are sensitive to peoples’ uninvestigated priorities; you can look at adults and easily see it. There is a bullshit meter. Most teens can see that there is an overwhelming compulsive emphasis on content, and almost no emphasis on space.

And what happens during the moments of fulfillment, deep peace, or deep sense of aliveness and freedom? That space or fundamental awareness switches and becomes the foreground as all of the content of life goes into the background. It’s not like we stop thinking of having relationships but the awareness becomes bigger than those things in a certain sense.

On the source of happiness
Mindfulness for me is me seeing more and more the subtle ways in which I sell myself out and identify with things that are not actually sources of happiness. The world and the culture we live in is horribly confused about this and that confusion is contagious. Even if you practice a lot, you are in a culture that basically values the external and minimizes the internal. There is a complete identification with who you are in the world, and what you are going to be. Mindfulness offers this constant reminder about where wellbeing truly originates.

On iBme retreats
One reason I like iBme is that not everyone is going to be a hardcore meditator, but everybody that leaves an iBme experience is like, “Oh this is deeper than I thought … whatever this being alive thing is … is deeper.”

iBme welcomes you into an experience that has been completely dialed. This program has been going since the 90s in some form or another, and it is about transforming the way young people relate purposefully in the world, both the social justice aspect and the internal aspect. And it goes deep! It is giving young people the depth that that developmental stage craves — I know I did.

At the end of the day, I want to help produce a generation of people who have been touched by that depth and can use it to promote change in the world.

On long-time practice
Even if I’ve been practicing for a long time, there are these spaces where I still “believe the hype” so to speak. I believe second-hand info from what the culture is telling me or what I have received through my family system. The only thing that is different for me now is that I no longer take that so personally. Rather than being a source of shame, it’s an invitation to inquire.

If you really want to be freer — whatever that means — you want to see what is in the way. That is one of the big reversals in mature practitioners. Show me what I am not seeing so I can deal with it. That’s not to say you don’t fall down and you don’t have moments where you are just like, “I want to watch Netflix and smoke a bowl.” But overall there is just a commitment: if there is really something that is conditioned in me, I want to see it!

On what he wants for iBme
What I want most for this work is for teens who want to engage in this kind of transformative community-based introspection to have access to it.

I don’t know how many people that will be. There is this hangover from 20th-century capitalism that is obsessed with scaling everything. Just because one thing is good we have to smother it around the world in this McDonalds-style franchising. That’s an assumption that I don’t find with iBme. What I do find is a kind of organic growth that meets the needs of the young people who want it.

The word legacy comes to mind. At any point in the future, if a young person wants to do this work, I want it to be available to them, and I don’t want money to be a factor in their participation. That’s the goal in a nutshell.

It’s important to remember that the priorities of the mindfulness world reflect broadly the consumer culture that it is embedded in. Why would you take 35 teenagers — many from low-income families — on a program that requires years of training and practice to teach, coordinate, and execute? Why not just build an app or an 8-week online course instead?

Financially, there is zero reason to do what iBme is doing. However, in terms of actual individual and community transformation, what iBme is doing is unsurpassed. There is not another youth contemplative program like it in existence. This is precisely why we — as a community — have to protect and nurture this work.

You can read a follow-up to this conversation here: Beyond Stress Reduction: Reflections on Suffering and Practice.