How do great leaders develop their leadership capacity? How do you inspire confidence and develop motivated teams? These are a couple of the questions driving Todd Iarussi’s Rhinomind Coaching podcast. To find out, Todd connects with top leaders and performers, executive coaches, researchers, and mindfulness teachers to hear their stories. 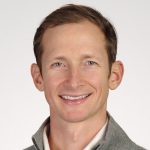 On the first episode, Todd spoke with iBme’s Doug Worthen. An iBme retreat facilitator, Doug is a former national champion lacrosse player at UVA and the first full-time Director of Mindfulness at an independent school in the U.S. In the interview, they discuss Doug’s mindfulness journey, bringing mindful leadership and performance to education and athletics (he is also the head lacrosse coach at Middlesex), and surviving a Stage 4 lymphoma diagnosis.

As Todd puts it, “Doug has an epic story and tremendous wisdom, so please check it out!”

Listen to the Interview with Doug Worthen

Think back to your high school days. How would your life have been different if Mindfulness was offered as a course? It’s mind-boggling, isn’t it? Believe it or not, there are numerous schools across the country that are seeing the need for this training and offering it as part of the curriculum. Today’s show is about one man who is making mindfulness an integral part of the curriculum at his school, and he’s working to bring it about in other schools across the US.

Doug Worthen is the Director of Mindfulness and Head Boys Lacrosse Coach at Middlesex School, an independent high school in Concord, Massachusetts. He is the first person to hold the title of Director of Mindfulness at a major independent school in the US. He also has an epic life story that he’s never before revealed so fully in an interview. Once upon a time, Doug was on a very different path. He went from being a national champion lacrosse player at the University of Virginia to sailing around the Caribbean for two years with a friend to working in the family business—all of this before a Stage 4 Lymphoma stopped him in his tracks and awakened him to a mindfulness practice.

Relying on this practice is what got him through a very long and difficult recovery and an eventual relapse. That experience set him on a new path to following a dream to teach mindfulness practice at his alma mater and look for ways to help other schools expose their communities to the power of contemplative learning and practice. Doug and I met five years ago when I worked in Contemplative Studies at Brown, and we connected over a shared excitement about combining mindfulness practice and sports. Since then we’ve worked multi-week retreats together on leadership and a few week-long retreats on meditation. He shares his story because he genuinely believes that it can serve people.

Some of what you’ll hear in this episode:

* Why mindfulness practice is a required course at Middlesex School

* What Doug’s life was like as a student at Middlesex School — way before mindfulness!

* Doug’s transition to UVA as a lacrosse player

* A powerful week in December of 2009 that eventually led him to meet his wife, Jessica Morey

* How Doug weaves mindfulness into sports as Head Lacrosse Coach