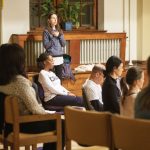 By Eric Michael B. Every May, members of the iBme community commit to meditating each day and seek out donors to sponsor their month-long commitment — like a meditation marathon. All funds raised are used for scholarships to help teens attend iBme’s evidence-based, powerful, and transformative mindfulness retreats. Last year, 135 sitters and over 400 […] 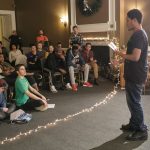 Retreatants, teachers, and volunteer staff all get to experience the magic of our teen mindfulness retreats first hand.   The opportunity to take a break from the hustle of everyday lives in order to rest, engage in self-care, and get a clearer picture of what’s going on inside ourselves is a real privilege.  What’s more, when […] 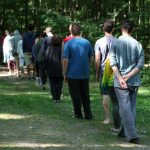 Emmye Vernet, 21 Emmye attended her first iBme retreat during her senior year of high school. “I was experiencing a lot of changes in my life, and was feeling unsteady about all the transitions that were happening as I prepared to leave behind my friends, family, and hometown to attend college,” she recalls. “I knew […] 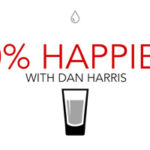 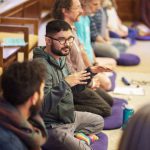 By Eric Michael B. Every Wednesday evening from 8:30 pm to 9:30 pm ET, a diverse group of people from across the United States gather online and over the phone. They gather to practice mindfulness, share challenges and successes (both big and small), and connect together in shared community. Since these calls are hosted through […]

February 11, 2018 Posted in Mindfulness in Schools 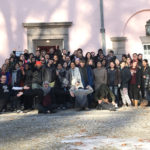 By Eric Michael B. In January 2018, more than 50 students from across Harvard University gathered in North Andover, Massachusetts for three days of silent retreat, community building, and mindfulness meditation. The retreat was led by iBme teachers Kaira Jewel, Rod Owens, and Cara Lai FitzGibbon and was supported by several dedicated iBme mentors. The […] 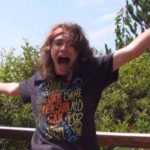 How one teen learned to deal with anxiety by coming home to the breath. 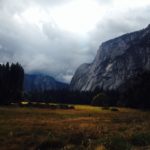 Despite having spent a large portion of the last eight years bringing young people into the wilderness for extended trips, I can sometimes get so caught up in “front-country” life that I forget how powerful and important spending time outdoors can be.